The Action Command has a range of subcommands that can be used to moderate the server and combat rule breakers.

Base command is /action and this guide will explain how each works! 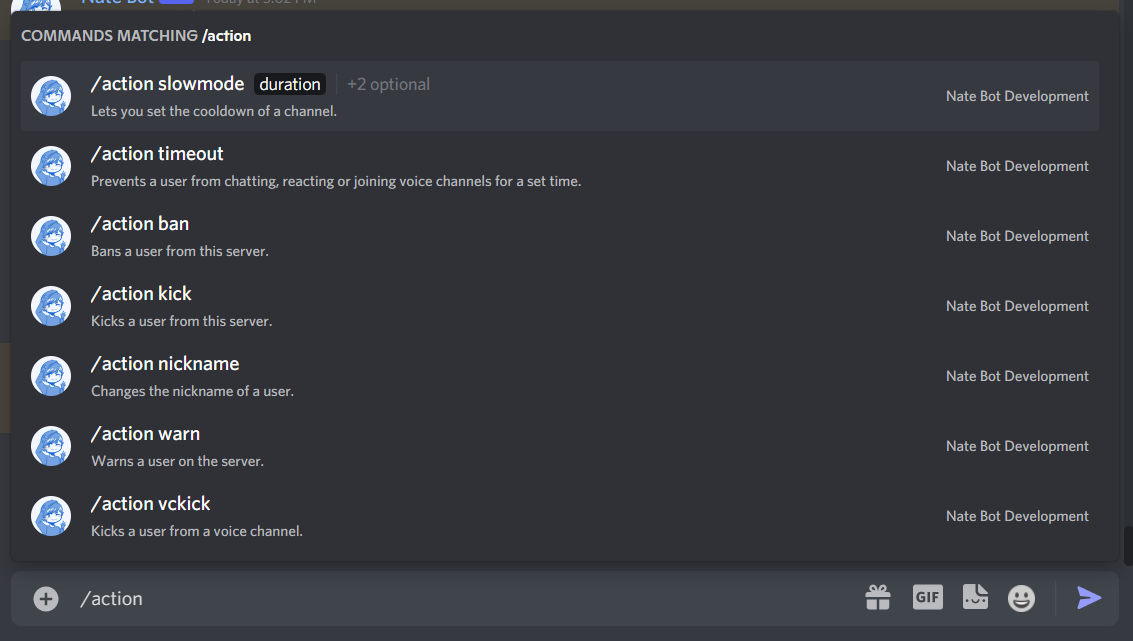 The ban command is used to ban a user from the server who is breaking the rules. To ban a user, you must have the Ban Members permission.

Run /action ban to ban a user. You can optionally add a reason for the ban (there are pre-defined reasons you can choose if you like).

The user will be banned from the server and will get sent a message letting them know they have been banned.

Similar to how the ban command works, the kick command is used to kick a user from the server. To kick a user, you must have the Kick Members permission.

Run /action kick to kick a user from the server.

The timeout is our integration of Discord's built in timeout feature. It is used to prevent a user from sending messages, reacting, join voice channels or video calls for a set amount of time.

To use the timeout command, you must have the Moderate Members permission.

Run /action timeout to timeout a user from the server along with the duration. A reason can be optionally added.

After the command is run, the user will be sent a message letting them know they have been timed out.

This is what it will look like when they're timed out.

To learn more about the Discord Timeout Feature, check out this guideopen in new window from Discord.

This will kick a user from the voice channel they are in. You can optionally add a reason for the kick.

You must have the Manage Channels and Move Members permission

To do this, run /action vckick and the user will be kicked from the voice channel.

If you are looking for how to manage warnings, you can check out the Warnings Guide.