The Nate Bot roleplay system features a unique system that is not implemented by other bots before. It has a statistics system and the ability to simulate giving a "lovely" something (a hug for example) back, or rejecting it with the use of buttons.

To start off, run a roleplay action command, for example:

Then you will need to pick a member in the list (ID also works if they are in the server).

Once you have finished typing out the arguments, it will return an embed with two buttons for the other user to click. That user can decide within 30 seconds over what they want to do... 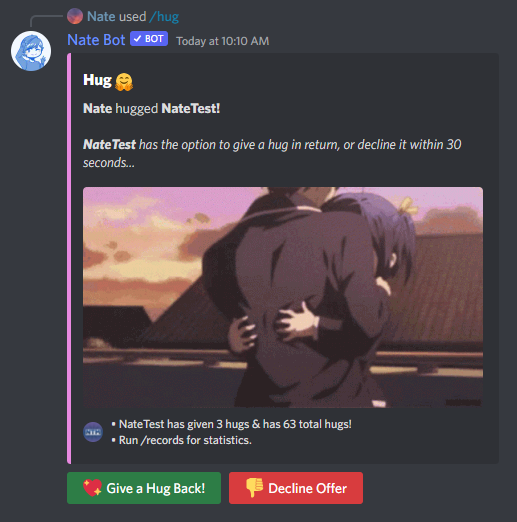 The following buttons can be clicked:

No activity on the buttons will result in the command timing out (embed edited) and the buttons being rendered un-clickable.

If you attempt to give a roleplay action to a bot or yourself. It will result in different outcomes.

To view your roleplay statistics, you can run the /records command and select the Roleplay type option. 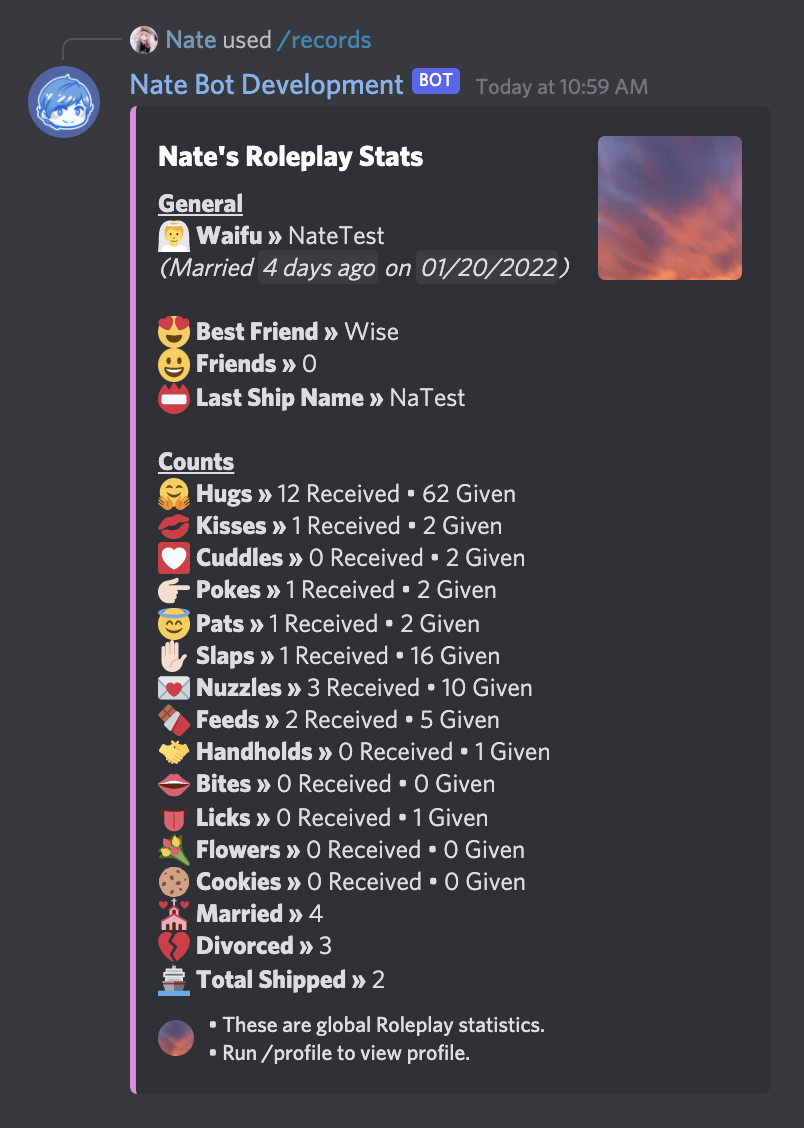